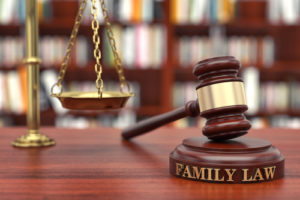 There are some instances where a mother who has decided to put her child up for adoption, changes her mind at the last possible moment and a decision needs to be made. It is, unfortunately, a situation where many times there is no clear winner. This was sadly the case in New Jersey when one mother waited until the mandatory 72-hour period after giving birth had passed in order to sign “surrender” documents to the adoptive parents of her child. Once these “surrender” papers are signed in New Jersey, the mother is no longer legally the parent of that child. One month after the adoption was final, the mother realized that she made a grave mistake and thus a surprising legal battle began.

This legal battle is a surprising one because, while most states give some sort of leeway for a mother to change her mind and request to have her child given back after being put up for adoption, New Jersey has no such laws. Once the surrender papers are signed, New Jersey considers that the end of the process and there is no time period allowed for the mother to change that decision. The adoption process is extremely stressful on all of the parties involved which is exactly why New Jersey does not leave a lot up to chance once the official process goes through.

An Exception to the Rule Leaves an Opening

On the other hand, there are a couple of legal exceptions that could change these circumstances and that is what the mother in this situation is claiming had occurred. The woman argued that, by law, the adoption agency had to inform her of all of her different options when she decided to give up her child for adoption and her claim is that the agency did not fully do this. She originally wanted to give up her baby because the father did not want anything to do with her child, but recently found out that she was getting evicted from the home she shared with her mother. The mother ultimately feared that she would not be able to handle the responsibilities of raising a child due to her financial circumstances.

However, the woman now argues that the adoption agency neglected to tell her about her alternatives to adoption, such as applying for government assistance to help raise her child or even putting her baby in the New Jersey foster care system until she was able to make her finances more stable and then get her baby back when she could financially do so. It is because she was able to prove that she was never told this that a family court judge ruled she could receive her child back and that the adoption was not final.

The Appeal That Changed Everything

The mother had been all set to receive her baby back in two weeks, however an appeal by the family that adopted her put a halt to the process and now a panel of appellate judges with the New Jersey Superior Court Appellate Division is reviewing the case, during which time the mother is still without her child. Only time will tell at this point how the judgment will go, but in any event, this is a circumstance that will affect all the parties involved for the rest of their lives.

Schedule a Consultation with One of Our Qualified Attorneys Today

Adoption is clearly a stressful and life-changing event to be involved in and having a knowledgeable family law attorney is your best chance of receiving the results you deserve. Contact Rudnick, Addonizio, Pappa & Casazza PC today by calling 732-264-4400 or fill out our convenient online contact form to start discussing your case today.